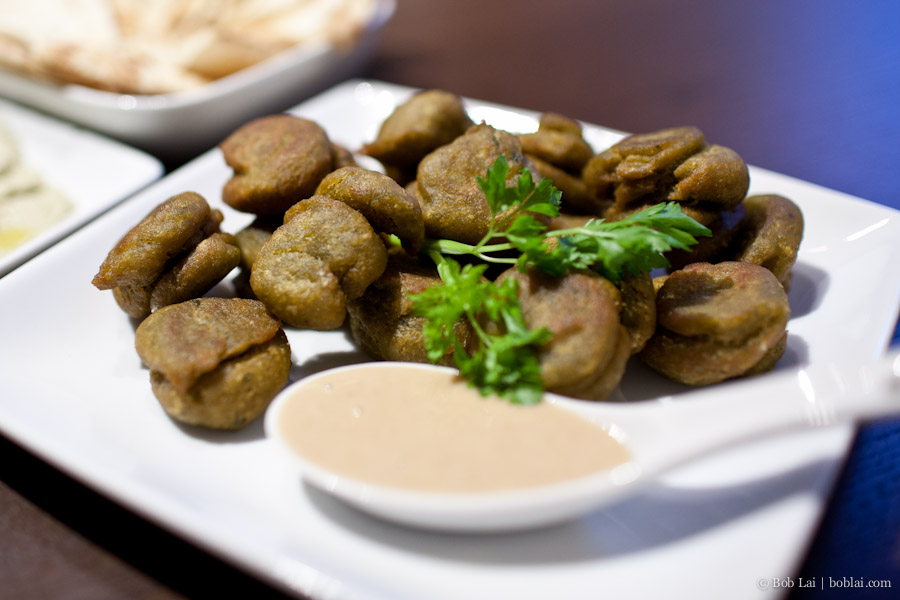 The first time I ever tried falafel was in Cairo, Egypt several years ago. I was working as a tour guide and went on a one day trip to Cairo with a co-worker. We rented a taxi for the day and asked him to first take us to a breakfast place. We ended up in a perfumery and was quite confused. Turned out that the owner was the taxi driver’s cousin (of course, they are all cousins) and he would be more than willing to cook us breakfast while trying to sell us the big trip, the big double trip or preferably the big double full trip to see the pyramids and the Sphinx.

He served us a lot of food that I had never tried before and one of them was falafel. They tasted great but I had no idea how they were made and didn’t think that I would ever attempt to create some on my own.

So here we are several years later, it is my birthday and we go to a Lebanese restaurant for dinner and eat falafel amongst other delicious food items. I decide that I need to make this at home, so I research the internet for good recipes and from there I created my own take on falafel.

Here is how it went down:

Pour chickpeas in a pot and cover with water and bring to a boil. Let it boil for about 5 min and turn the heat down to a simmer and let cook for one hour with the lid on.

Drain and let cool for 15 min.

In a blender combine onion, garlic, chickpeas, parsley and cilantro. Blend it together with a little water. It took me a while to get a good texture since there is not a lot of liquid in the recipe and you want to end up with a very thick paste. I added enough water to make a thick smooth dough.

In a bowl add the chickpea dough and mix in salt, pepper, sugar, cumin and a few tablespoons of flour. Only add a little flour at the time until you have the right texture.

My end result was a dough that was not quite thick enough to roll balls, so I decided to put the dough in a plastic bag and cut the tip off to squeeze it out into small balls. Just like decorating a cake, which by the way is one of my favourite things to do!

Heat up the oil in a small pan so the oil reaches fairly high in the pan. If you have a deep fryer you can definitely use that.

Either roll out small balls of dough or squeeze them out into the oil and let cook for 10-15 min while frequently turning them over till they get a nice crispy light brown surface.

Take them out and let drain on paper towel.

Serve the falafel with tahini, a sesame paste, and make the falafel part of a larger meal so maybe add in hummus and baba ghanoush and other middle easter dishes.