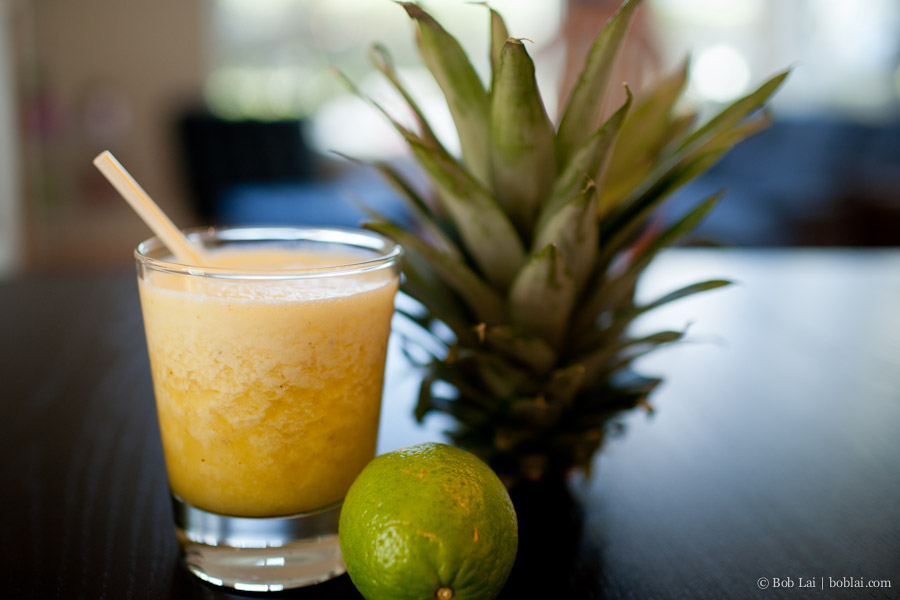 Both Bob and I love smoothies and especially for breakfast. So every day one of us surprises the other with a new combination of fruit and juices. Last weekend we decided to make a lot of different smoothies to determine who is the true smoothie meister (master).

I made the first smoothie, which was a breakfast smoothie with coffee. I got all excited just because of the coffee idea, so I added a banana and some milk, cocoa powder of the good quality kind and an espresso shot. Wow, this one will get you going in the morning for sure! It was super yummy and I was leading by 1-0.

Bob was up next and created a fresh smoothie with lots of lime and pineapple, a hint of ginger and apple juice. This was even more awesome than the first one, so he decided to give himself 1.5 points, so I was behind 0.5 points at this time.

I had to pull out the big guns and serve a thick berry bomb smoothie, which I thought kicked some ***. Bob was not convinced and decided to only award me with 0.5 point (hmm, not sure he should be the main ref next time we have a throw down), so we were tied before the final smoothie was brought to the table.

I could feel the defeat coming and he managed to whip up an incredible blueberry, raspberry, kiwi and orange juice smoothie with a secret ingredient that he still hasn’t shared with me. It tasted awesome and I had to award him a point for his effort and great taste in smoothie combinations.

So the conclusion is that Bob is (for now) the smoothie meister!

Ayoe (who will be back for more, I might have lost the battle, but not the war)