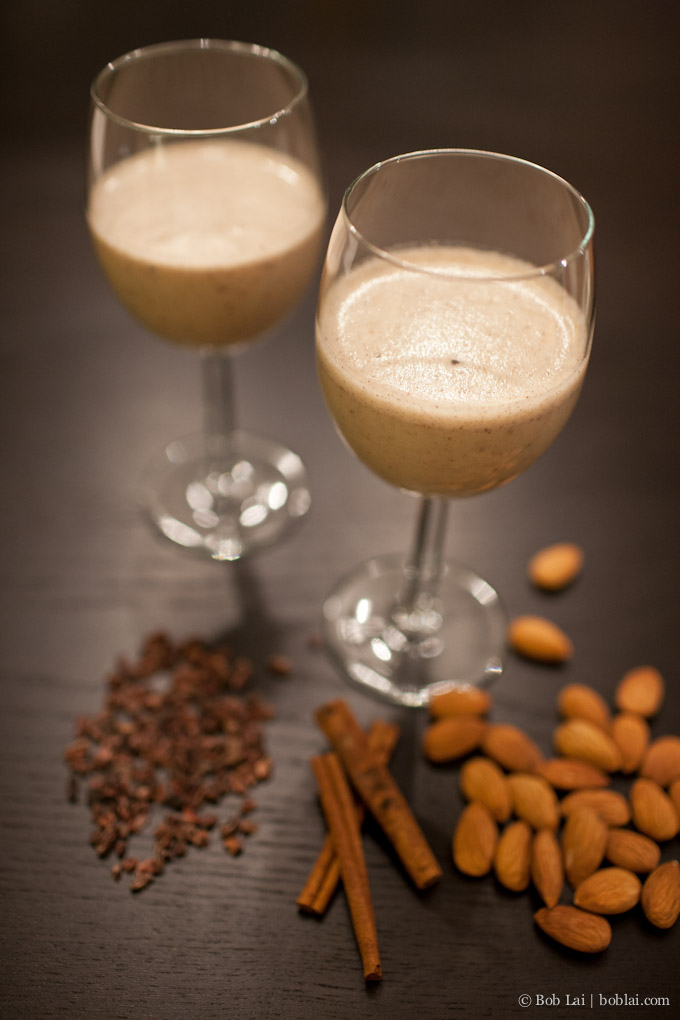 The past weekend Greens Organic & Natural Market had a smoothie championship competition. Because we make smoothies every day for breakfast I decided to sign up.

I tried looking around online before the competition but there wasn’t much info available. All I knew was I’d be making a smoothie to be judged on its taste and originality. I arrived at Greens prepared with a very original smoothie recipe that Ayoe and I have made several times and some ingredients in hands. But little did I know I was about to be surprised…

The judges at Greens really put their minds into the event and created a very fair competition for everyone. All the contestants are drawn at random and placed into different teams. Each team had exactly the same ingredients to make a smoothie. Since it’s winter here in Vancouver, the goal of the competition was to create a winter warming smoothie. This was a little different than the smoothies Ayoe and I usually make, as we usually make more tropical-like smoothies. To make the competition even harder, each team had only 5 minutes to create a smoothie and present the creation to the judges.

Some of the ingredients available were:

With only 5 minutes to get an idea, pick out the ingredients, blend the smoothie and taste it, add more ingredients to make it perfect, this is what my team “The Healthy People” came up with…

Blend all the ingredients well in a blender then serve.
Boy did those 5 minutes go by fast!

The smoothie turned out very well balanced, no particular ingredient was overpowering. The cocoa nibs was blended into smaller chunks and added a bit of texture to the smoothie. The cinnamon created this winter warming taste that you find in so many Christmas dishes. Overall I was very pleased with this smoothie recipe.

To my surprise my team won the competition!!! I liked the smoothie so much I made it again at home so Ayoe could fall in love with it.

If you’re looking for a warming smoothie this winter definitely give this recipe a try. I’m sure you’ll like it! And remember to only blend it a little, you still want the cocoa nibs to be present, they are so yummy to chew on!

2 thoughts on “The ultimate winter smoothie”